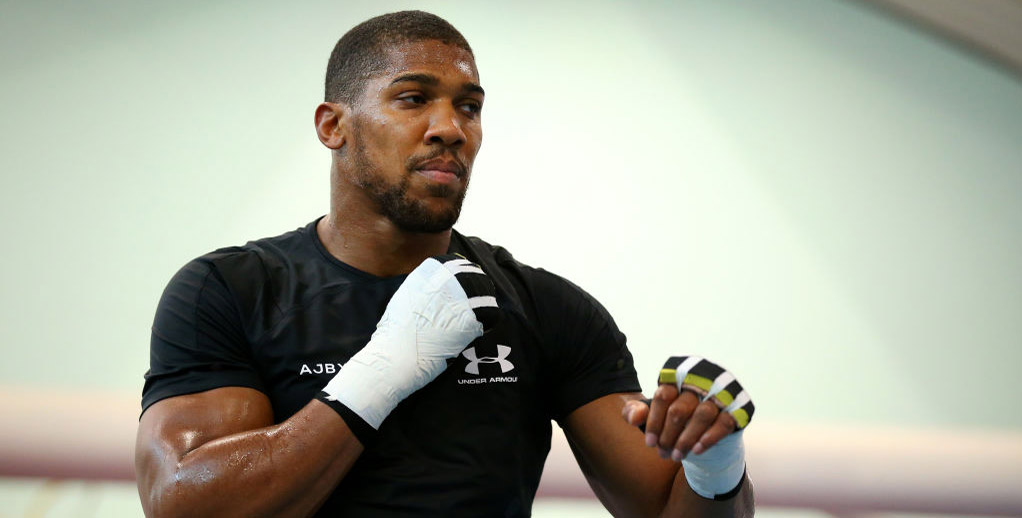 Anthony Joshua will be looking to make a big impression on his US debut when facing Andy Ruiz at Madison Square Garden in New York.

The Londoner will defend his IBF, WBA and WBO heavyweight titles against Mexican-American Ruiz, a late stand-in after Jarrell Miller’s failed drugs test.

Deontay Wilder’s demolition of Dominic Breazeale inside a round has put the pressure on Joshua to also help set up a unification bout with the WBC kingpin.

We’re looking for AJ to respond with an explosive performance of his own and 7/1 for him to storm to victory in round four is our opening Joshua vs Ruiz prediction.

Ruiz improved his record to 32-1 when stopping Alexander Dimitrenko in five rounds last month and insists he is on a mission to gain compensation for a controversial loss to Joseph Parker in December 2016.

The 29-year-old claims he was “robbed” when ending up on the wrong end of a tight decision against the Kiwi in Auckland, losing by two rounds on two scorecards and getting a draw on the other.

“I’ve got unfinished business with the WBO title, because that was my first loss, I felt that they stole my fight,” said Ruiz.

“That was my chance to become the first Mexican heavyweight champion of the world and they took it away, so this time I’m gonna let everything go and get what’s mine.

“He’s the best one out there, he has all the belts besides the WBC, but I’m here to pull out the upset.

“A lot of people underestimate me and I’m used to that my whole life, but I’m not going in there scared or nervous.

“Joshua fights like a big robot, but with my style and speed he’s not fought anyone like me, so it’s going to be a whole different ball game.

“I don’t think he’s good going back, so I’m going to bring the pressure to him.”

Those are brave words and we’re hoping Ruiz lives up to such bold claims and takes the fight to Joshua, as that will leave him open to an early knockout.

At 6ft 2in, Ruiz faces a tall order to get inside 6ft 6in Joshua’s far greater reach and can expect to be picked off by the champion’s rock-solid jab.

After a couple of rounds to soften up his opponent, AJ should feel confident enough to up the tempo and start to inflict some serious damage.

Just in case the challenger hangs in there a little longer than expected, 11/5 for him be stopped in rounds 4-6 is added to our Joshua vs Ruiz betting tips.

Joshua was taken the distance himself by Parker, but prevailed by a wide margin on points in a one-sided Cardiff contest last year.

He then claimed a 20th stoppage win in 21 straight victories when taking out the vastly-experienced Alexander Povetkin in seven rounds at Wembley in September.

The Watford-born fighter described Ruiz as “big and strong, very good with his punch selection”, so won’t be guilty of complacency.

Comparing the challenger to original foe Miller, Joshua added: “His punch output is a lot lower, but he is more accurate with his punches.

“I have to be better with my defence, a lot tighter and be smarter against someone like Ruiz.”

However, we just feel there will be a big gulf in class and size between these boxers, allowing Joshua to dominate from the outset.

The Olympic gold medal winner believes he has thrived from undertaking the final month of his training in Miami.

“I can see why people go away for training camps, because you do need to have a solitary mind,” he declared. “I’ve a social mindset, so it’s good.

“The system I’ve used over the last nine years, I’m not complaining about, but it’s been different, it’s been good. It’s something we can definitely implement more in future training camps.

“The sun, the vitamin D is good for me. The focus is good and maybe fighting away from home gives you that world championship mindset, like I’m fulfilling destiny.

“This is a step up for me. It’s a new experience; travelling, new time zone, setting up a training camp away from home. All of that stuff is really important and it’s my time to shine now.”

NBA Finals predictions: Warriors just too strong for Raptors
What to look out for at the Cricket World Cup
Author

Who will be the next player to dominate the ATP Tour?