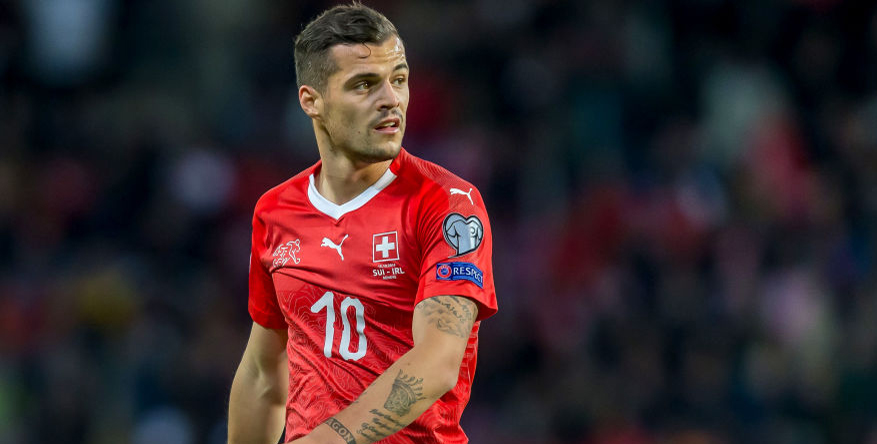 Switzerland have gone seven games without a win but are fancied to buck that trend when entertaining Ukraine in the final round of Nations League fixtures.

The Nati have played well enough in their last few matches to suggest they can secure the victory needed to avoid being relegated from this pool.

We’re going with 17/10 for the hosts to be ahead at half-time and full-time for our first Switzerland vs Ukraine prediction.

A Look At Switzerland’s Betting Odds

Switzerland ended the last international break with an encouraging 3-3 draw in Germany and were far from disgraced when beaten 2-1 by Belgium in an away friendly.

Against Spain in Basel on Saturday, Remo Freuler put the Swiss in front after 26 minutes with a sweeping finish after Breel Embolo had broken down the right.

Haris Seferovic’s shot was cleared off the line by Sergio Ramos, who then had two penalties saved by Yann Sommer.

However, with the hosts down to 10 men following the dismissal of Nico Elvedi, Gerard Moreno eventually levelled in the 89th minute.

Despite staying at the foot of the table, head coach Vladimir Petkovic said: “That was a significant improvement in performance.”

Arsenal midfielder Granit Xhaka added: “We proved we could assert ourselves against elite opposition and stay alive in the group. Now we have to prove it again against Ukraine.”

Switzerland adopt high-pressing tactics which can leave them open at the back, but we feel they have the attacking firepower to hurt Ukraine.

Let’s go with 5/2 for a home win and both teams to score from the Switzerland vs Ukraine odds.

A Look At Ukraine’s Betting Odds

Ukraine came out on top when these teams met in Lviv back in September and also upset Spain on home turf in Kyiv last month.

However, the Yellow and Blues have not travelled well of late and suffered a fourth straight defeat on the road when going down 3-1 in Germany.

Despite seeing their build-up impacted by five positive Covid-19 cases within the squad and coaching staff, Ukraine went ahead through Roman Yaremchuk’s rising drive with 12 minutes gone.

But Leroy Sane’s equaliser and a Timo Werner double saw Die Mannschaft prevail 3-1, giving us a 19/2 correct score pay-out in our preview of that match.

Oleksandr Zinchenko, Marlos and Junior Moraes all hit the post for Andriy Shevchenko’s side in a very open affair, but Germany were worthy winners.

Ukraine had previously lost 4-0 in Spain, 7-1 in France and 2-0 in Poland during a poor run of away results.

Shevchenko insisted: “We expect a very tough game in Switzerland now but we will fight until the end.”

However, we fear the fatigue factor may catch up with this depleted squad in Lucerne.

Punters can get 18/5 for a home win and over 3.5 goals in the game and that is added to our Switzerland vs Ukraine betting tips.

France vs Sweden: Les Bleus to turn on the style
Spain vs Germany: Die Mannschaft can pick up vital point
Author

Porto vs Man City: Draw would suit both sides