Rangers found a Europa League lifeline when beating Brondby in Glasgow and get a confident vote to do the double over the Danish outfit.

The 2-0 scoreline at Ibrox didn’t do justice to how dominant Steven Gerrard’s side were a fortnight ago and this trip should hold no fears.

We’re happy to take 9/10 for an away win in the return fixture as our first Brondby vs Rangers prediction.

A Look At Brondby’s Betting Odds

Brondby have claimed a trio of domestic wins since tasting defeat at Ibrox but are still only sixth in Denmark’s top flight.

Our feeling is that climbing up that table will be Niels Frederiksen’s main priority after faltering in this competition.

The Boys from Vestegnen kicked off with a goalless stalemate against Sparta Prague at this stadium but have struggled since.

They went down 3-0 away to Lyon and then failed to have a shot on target when outplayed by Rangers.

Frederiksen admitted: “Rangers were the better team and deserved the win.”

Home advantage should help the Danes to be more competitive for a while but 4/1 for Draw HT/Rangers FT appeals from the Brondby vs Rangers odds.

A Look At Rangers’ Betting Odds

Rangers had lost 2-0 at home to Lyon and 1-0 when visiting Prague but kick-started their Group A campaign in fine fashion against Brondby.

Leon Balogun headed in from a James Tavernier corner on 18 minutes and striker Kemar Roofe added a second on the half-hour mark.

Alfredo Morelos and Scott Arfield both hit woodwork and Gerrard felt his side should have had a penalty when Joe Aribo went tumbling in the box.

The Scottish champions head into the reverse fixture buoyed by Sunday’s 6-1 romp at Motherwell, where Fashion Sakala hit a hat-trick.

Gerrard commented: “There is a saying in life of ‘inch perfect’ – I thought we were an inch away from being perfect. All-round, we were superb.

“I think that’s been coming. It’s almost been in the post. We’ve been waiting for that performance for some time.

“I thought it was back to our identity and how we wanted it to look, for sure.”

Let’s finish off our Brondby vs Rangers betting tips by taking 9/2 for the visitors to oblige by any two-goal margin again. 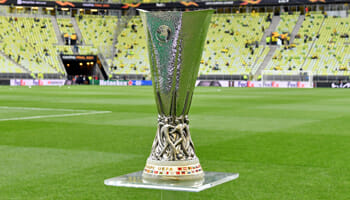