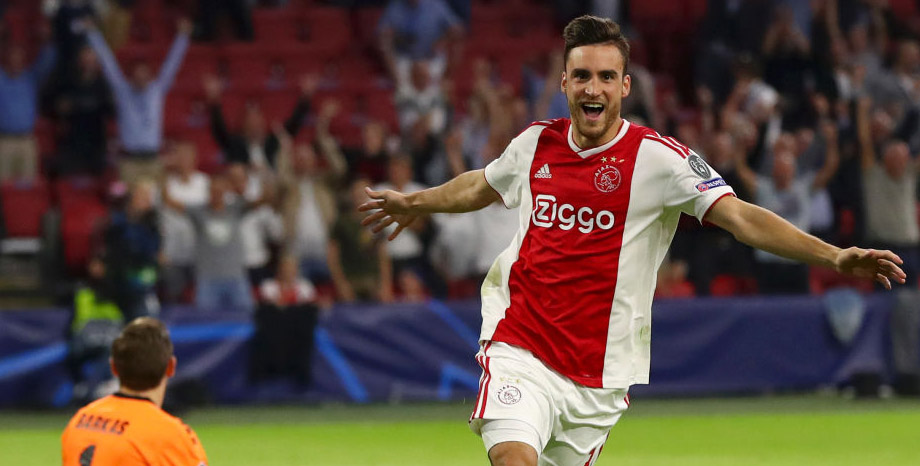 Ajax were given a good work-out by PAOK Salonika when drawing 2-2 in the first leg of their Champions League qualifier but now seem well set to progress.

Last season’s semi-finalists faced up well to a hostile atmosphere and some tough tackling in Greece and can make home advantage count back in Amsterdam.

The first encounter was pretty open, so 91/100 for a home win and over 2.5 goals in the game is our initial Ajax vs PAOK Salonika prediction.

A Look At Ajax’s Betting Odds

Ajax enjoyed a bit of good fortune when Hakim Ziyech’s wicked free-kick cross was glanced into the net by a PAOK defender and almost benefited from a deflected shot by the same player, but Alexandros Paschalakis saved well.

However, the Greek outfit hit back with two goals in seven minutes, as Chuba Akpom finished off a neat counter-attack before Leo Matos powerfully headed his side in front at half-time.

Ziyech missed a great chance to equalise after the break, but luck was again on Ajax’s side when a clearance rebounded off veteran forward Klaas-Jan Huntelaar to go in from close range.

To be fair, the Dutch giants did then come on strong to dominate possession in the latter stages and it would be a surprise if they didn’t control proceedings on home turf.

Ajax have since crushed FC Emmen 5-0 at this venue in the Eredivisie, with super-sub Huntelaar bagging a late brace after Donny van de Beek, Ziyech and Dusan Tadic had netted.

Looking at the Ajax vs PAOK Salonika odds, we like 19/20 for Erik ten Hag’s team to prevail by more than one clear goal.

PAOK’s domestic campaign does not begin for another 10 days and it was noticeable how they tired late on in the opening meeting, so a lack of match sharpness may cost them dear here.

However, new manager Abel Ferreira will have been enthused by how many times they troubled Ajax on the break during the first hour.

Last season’s qualifying matches also suggest PAOK can make their presence felt in Holland, having won 3-0 at Basel 12 months ago and drawn at Spartak Moscow and Benfica.

Results in the Europa League group stage were less convincing, including a 4-0 defeat at Chelsea, but there was a 4-1 triumph at BATE Borisov.

We feel there is enough evidence to fancy the visitors to grab a consolation goal in Amsterdam, so 10/1 they go down 3-1 is added to our Ajax vs PAOK Salonika betting tips.

AC Milan vs Celtic: Hoops to have a go at the San Siro