May 1977 was the date that the now-defunct Wimbledon Football Club first gained entry into the Football League.

Several promotions and a famous FA Cup victory in 1988 followed, with a long spell in the Premier League then allowing the ‘Crazy Gang’ to cement themselves as one of the nation’s most famous clubs.

Now, set up in their place following the controversial relocation of the original team to Milton Keynes, AFC Wimbledon have the opportunity to enter the history books of their own accord.

On Saturday afternoon, the Dons play Luton Town in the Conference Premier play-off final at the City of Manchester Stadium.

Luton, who also believe they deserve to be back in the Football League, have been made slight favourites for the game at 27/20, compared with AFC’s odds of 8/5. The draw can be backed at 23/10.

Following their routine demolition of Fleetwood in the semi-finals, punters could be tempted to have a flutter on the underdogs – although Luton’s drubbing of Wrexham was equally impressive.

Over the past two seasons it has been pretty even between the sides, with Luton winning one, Wimbledon winning one and two draws.

The last meeting between the two ended 0-0 and punters can back the same result at 13/2. A winning £10 bet on this outcome would see betting fans pick up a tidy £75.

However, this game has to produce a winner and it has got goals written all over it. bwin10002.com offers odds of 21/4 on exactly four goals being scored within 90 minutes.

In the league, the Dons have averaged 1.90 goals per game, while Luton’s haul of 90 for the season means they have netted an impressive 1.88 goals per match.

Kaid Mohamed’s hat-trick in the semi-final could prompt a number of Wimbledon betting fans to back the striker to score during the game.

Alternatively, priced at 6/1, Luton’s Matthew Barnes-Homer could prove a tempting option to score at any time. The striker is Town’s top scorer this season, with 18 goals.

Former Reading and Brentford hit-man Lloyd Owusu is another player that the Hatters will be hoping is in top form. Priced at 6/1 to open the scoring, his experience of playing at a higher level could be vital.

A successful £10 bet on AFC Wimbledon winning the game 2-1 within regular time will return £105. New customers can register here to receive a £25 free bet. 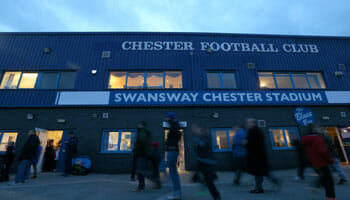 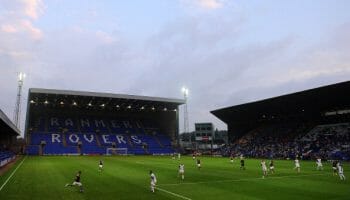