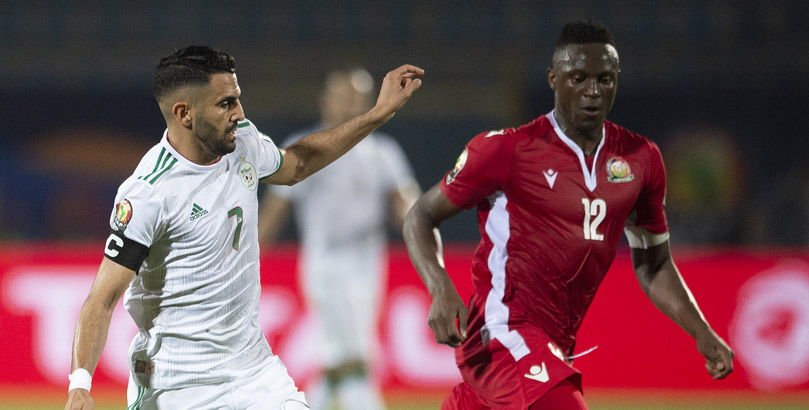 Kenya and Tanzania both began the Africa Cup of Nations with predictable defeats, but we felt the first-named team showed far more encouraging signs.

The Harambee Stars were more of a threat after the interval versus Algeria, whereas the Taifa Stars were pretty negative throughout against Senegal.

We’re happy to back that judgement and take 6/5 for Sebastien Migne’s side to come out on top for our initial Kenya vs Tanzania prediction.

A Look At Kenya’s Betting Odds

Kenya went down to a Baghdad Bounedjah penalty and a deflected Riyad Mahrez strike when losing 2-0 to Algeria.

However, they did keep plugging away, even if Michael Olunga’s shot that was blocked by Aissa Mandi was as close as they came.

Tottenham midfielder Victor Wanyama is the star performer in this side and his presence in front of a well-drilled defence should make the Harambee Stars hard to break down.

Kenya only conceded one goal in four qualifying games against Ghana and Ethiopia, famously upsetting the Black Stars 1-0 on home turf and only losing out to an 82nd-minute effort in Accra.

They do lack quality going forward, but Michael Olunga has netted 15 times in 35 international appearances.

Looking at the Kenya vs Tanzania odds, we think 11/2 for a 1-0 success has strong appeal.

A Look At Tanzania’s Betting Odds

Tanzania tried to be physical when facing Senegal but that just led to them committing foul after foul in a disappointing display.

Keita Balde and Krepin Diatta scored in either half, as the Lions of Teranga dominated and should have made more of their 24 attempts on goal.

The Taifa Stars were grateful for a solid showing by Aishi Manula to keep the result respectable when returning to this level for the first time in 39 years.

Former Nigeria star Emmanuel Amunike led them to second place behind Uganda in a weak qualifying pool and there is some attacking talent in this squad.

Mbwana Samatta won the Golden Boot in Belgium’s top flight last term with 20 goals for Genk and is being monitored by several Premier League clubs.

However, we’re not sure how much service he will get from a moderate supporting cast and 9/4 they lose to nil again completes our Kenya vs Tanzania betting tips.