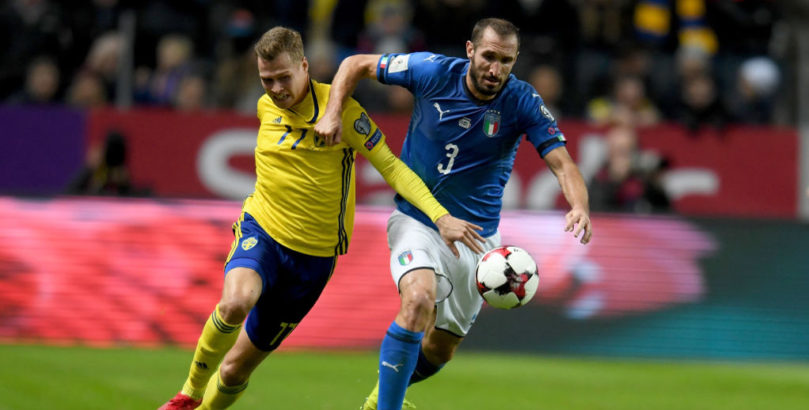 Greece have made a solid start to their Euro 2020 qualifying campaign, but a resurgent Italy are still rated a class apart in Group J.

The Azzurri travel to Athens with six points from two matches and look as though they mean business again after surprisingly missing out on last year’s World Cup.

Roberto Mancini would love to put further daylight between his side and their hosts, so 19/20 for an away win is our initial Greece vs Italy prediction.

A Look At Greece’s Betting Odds

Greece famously upset the odds to be crowned European champions back in 2004, but they have done little of note since that shock triumph.

Third place in a Nations League C division behind Finland and Hungary was disappointing, even if they did beat both of those teams 1-0 on home turf, before losing out to Estonia by the same scoreline here.

Former Cyprus coach Angelos Anastasiadis took charge last October and will have been encouraged far more by March’s efforts in this pool.

A 2-0 win in Liechtenstein was par for the course, but then holding Bosnia and Herzegovina to a 2-2 draw on the road was a fine effort.

Olympiacos midfielder Kostas Fortounis scored in both games and is one to watch out for, while Arsenal’s Sokratis Papastathopoulos and Kostas Manolas of Roma are key defenders.

However, losing Marseille striker Kostas Mitroglou to injury during a recent friendly defeat in Turkey was a major blow.

Looking at the Greece vs Italy odds, we like 9/4 for the Azzurri to win and under 2.5 goals in the game.

A Look At Italy’s Betting Odds

Failing to qualify for the World Cup finals was seen as a national disaster in Italy and prompted the appointment of Mancini to help turn things around.

Splitting Portugal and Poland in a Nations League A section was a decent start for the ex-Manchester City manager, with just two goals conceded in four fixtures.

That defensive strength was again evident in a 1-0 friendly win over the USA and their opening couple of qualifiers in this campaign.

A smooth 2-0 success against Finland was followed by a 6-0 rout of Liechtenstein, with veteran Sampdoria forward Fabio Quagliarella bagging a brace.

Juventus duo Giorgio Chiellini and Leonardo Bonucci provide great experience at the back, while Marco Verratti of PSG and Chelsea’s Jorginho can help to control proceedings in midfield.

Up front, Quagliarella may now be 36, but he won the Serie A Golden Boot last season with 26 strikes and 14/1 for him to net in a 1-0 away win completes our Greece vs Italy betting tips.

Man Utd vs Southampton: Red Devils to march on

Bournemouth vs Leicester: Vardy to have last laugh