This punter asked before the final Euro 2012 group games whether Wayne Rooney could inspire England to win Group D and avoid a quarter-final against world and European champions Spain – and the answer was an emphatic yes (although Steven Gerrard, Andriy Pyatov, a questionable fifth official and Sweden helped a bit).

All the tabloids led with headlines related to how Rooney and his world-famous barnet nodded home Gerrard’s cross to give Roy Hodgson’s men the win they needed to book their place in Sunday’s last-eight showdown with Italy.

Bwin have reacted by cutting the Three Lions’ outright odds to 8/1, which, when you consider there are eight teams fighting for one trophy, seems pretty much spot on.

England did not put in a vintage performance and very much like the Sweden game, they were second best for alarmingly long periods in Donetsk.

However, if shock Champions League winners Chelsea taught us anything last season, it is that the only thing that matters in football is who scores the most goals.

England were far from dominated, but as the old cliché goes, on another day it could have been a different story.

Yevgen Konoplyanka and Andriy Yarmolenko were always a danger, but mostly forced to shoot from range. Not even the great Andriy Shevchenko could make a difference.

John Terry heroically cleared the ball from behind the line (or on the line if you’re a UEFA-appointed official stood mere yards away) and England were given a sense that lady luck was finally on their side.

Gerrard, England’s form player of the tournament, was imperious again in Donetsk. A captain’s performance from the Liverpool midfielder produced his third assist of Euro 2012.

But the man who all eyes were fixed on was Rooney, although the Manchester United striker looked rusty (and not just on his head) as he gave the ball away numerous times and then glanced a relatively easy chance wide from an Ashley Young cross.

However, once he grabbed what turned out to be the winner, the headlines were written. Rooney is now 20/1 to be the top scorer at Euro 2012 and if he can get among the goals against the Azzurri and certain other teams bow out or players lose form, you never know.

If you’re feeling really bold, you can back Rooney to be top scorer and England to win Euro 2012 at odds of 66/1. Fairly appropriate number, wouldn’t you say?

Verdict: Not a performance to instil fear into the Italians, but England got the job done, dare I say, with the efficiency of a German side. Rooney is back and Gerrard is motoring, and with Hart, Terry and Lescott all in good form at the back, there’s nothing to say the quarter-finals will be where it all ends. Hodgson needs to improve the team’s possession play, but anything is possible in a European Championship. Just ask Greece.

New customers can register here to claim a free £20 bet or click here to see all our Euro 2012 odds. 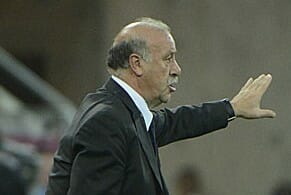